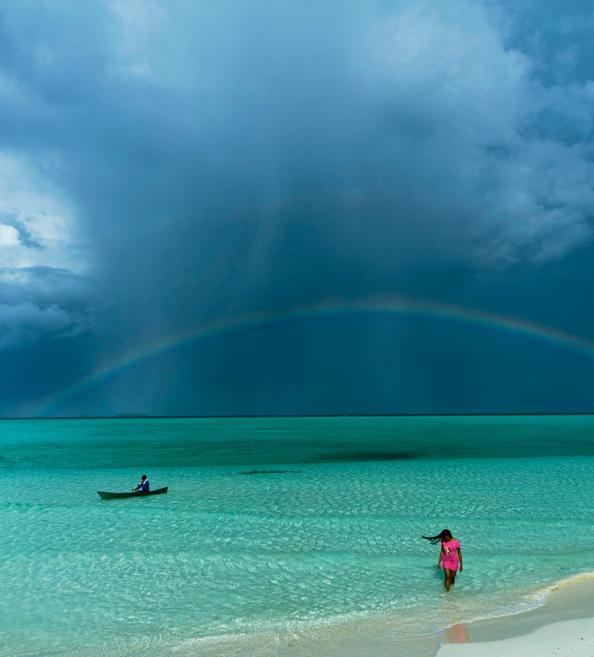 Grand Prize Winner and Nature Winner - SPLASHING: This photo was taken when I was taking photos of other insects, as I normally did during macro photo hunting. I wasn’t actually aware of this dragonfly since I was occupied with other objects. When I was about to take a picture of it, it suddenly rained, but the lighting was just superb. I decided to take the shot regardless of the rain. The result caused me to be overjoyed, and I hope it pleases viewers. Batam, Riau Islands, Indonesia (Photo and caption by Shikhei Goh) 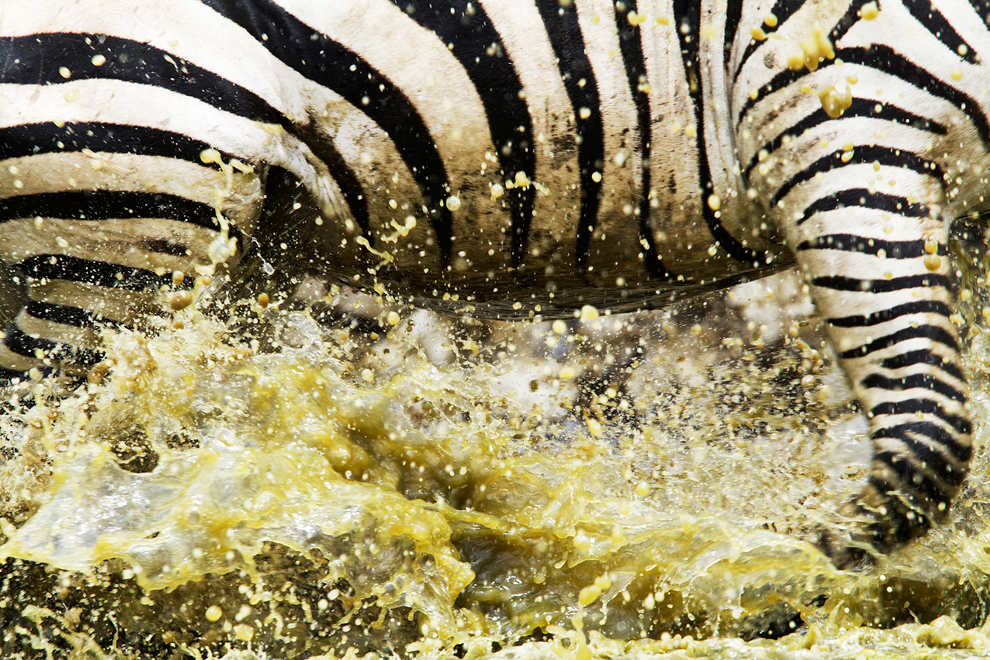 2
Nature Honorable Mention - PANIC IN THE PAN: I was leading a photographic safari in Tanzania's Serengeti National Park. It was midday and we came across a dazzle of zebra approaching a waterhole to quench their thirst. Every few minutes the zebras will enter the water to drink, just to panic and scatter out of the water again. Serengeti National Park, Tanzania. (Photo and caption by Marius Coetzee) # 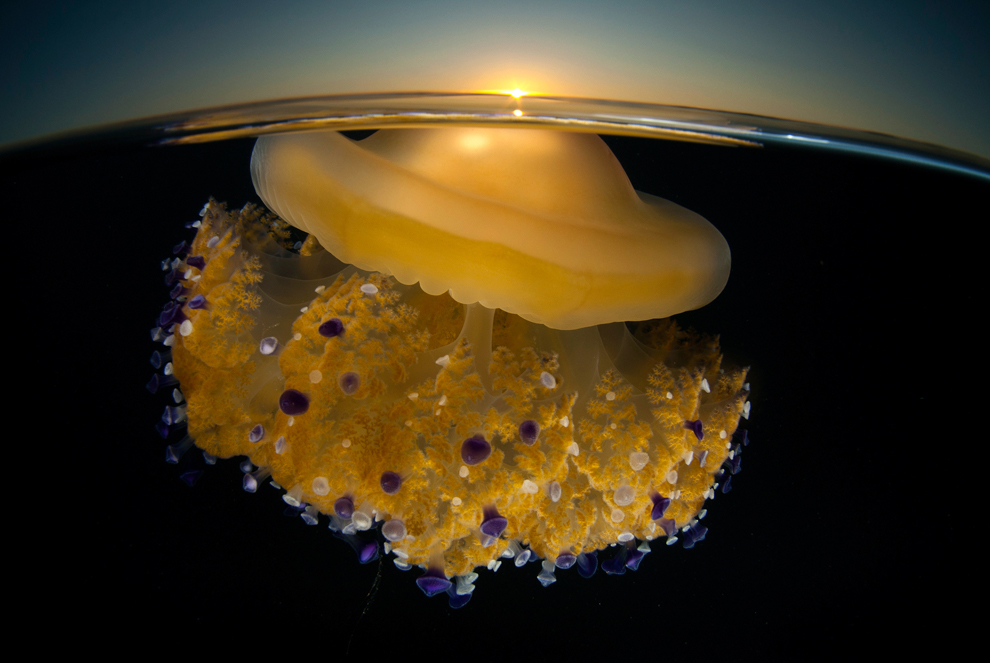 4
Nature Honorable Mention - THE HUNT - I personally believe that, beyond the formal representation of reality, mediated by the technical instruments necessary to fix an image in time, photography is made of insights. The shot is the last act of image capturing and in many ways the easiest part of the whole process. This panning effect, even in its imperfection, with the chromatic harmony of the background, with all the needless information eliminated and the luck of having the big cat’s lifted tail in symmetry with the impala horns, brings the observer inside the hunting without distractions. Kenya, Masai Mara National Reserve. (Photo and caption by Stefano Pesarelli) #

5
Nature Honorable Mention - BLUE POND & FIRST SNOW: The blue pond of the famous tourist resort. This is a place where many tourists gather in spring, summer, and autumn. However, since this pond freezes in winter, nobody is there during that period. This photograph is the moment of the first snow of the season falling on that blue pond. We can see the first snow of the season beginning at the end of October. Why is the pond blue? Because the underground hot spring ingredient is gushing. This blue pond changes color every day. I think that mystical blue and pure white snow are beautiful. All are nature's tints. Biei, Hokkaido, Japan. (Photo and caption by Kent Shiraishi) # 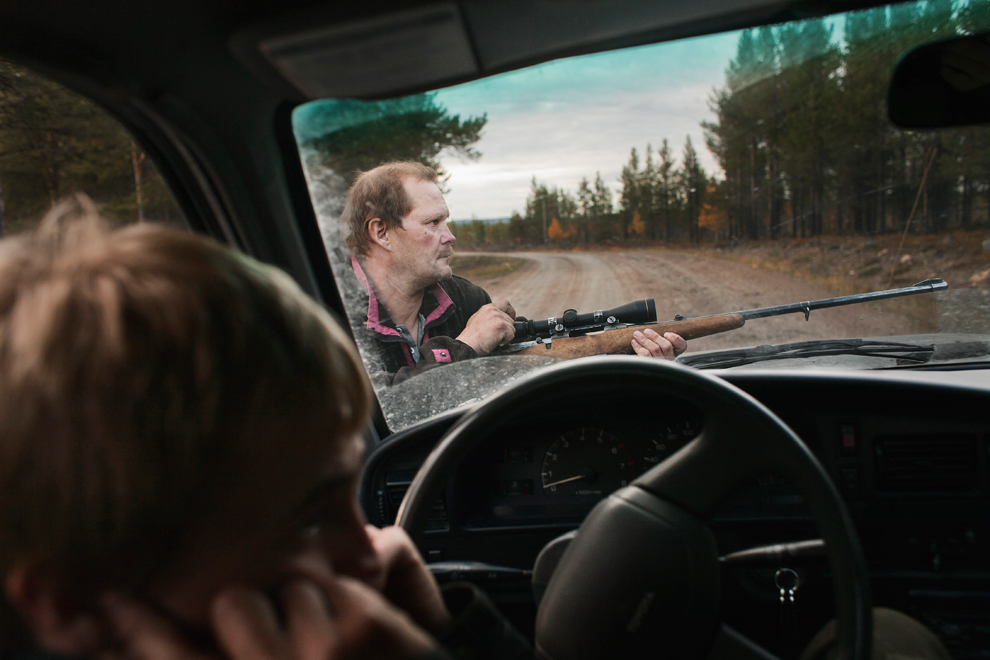 6
People Winner - THE FJELLMAN FAMILY: One shot and the reindeer is dead. The Sámi family Fjellman, which lives in Arjeplog, northern Sweden, now have food on their table. In the early autumn they slaughter a couple of their reindeers for food during the cold winter months. Arjeplog, Lappland, Sweden. (Photo and caption by Izabelle Nordfjell) # 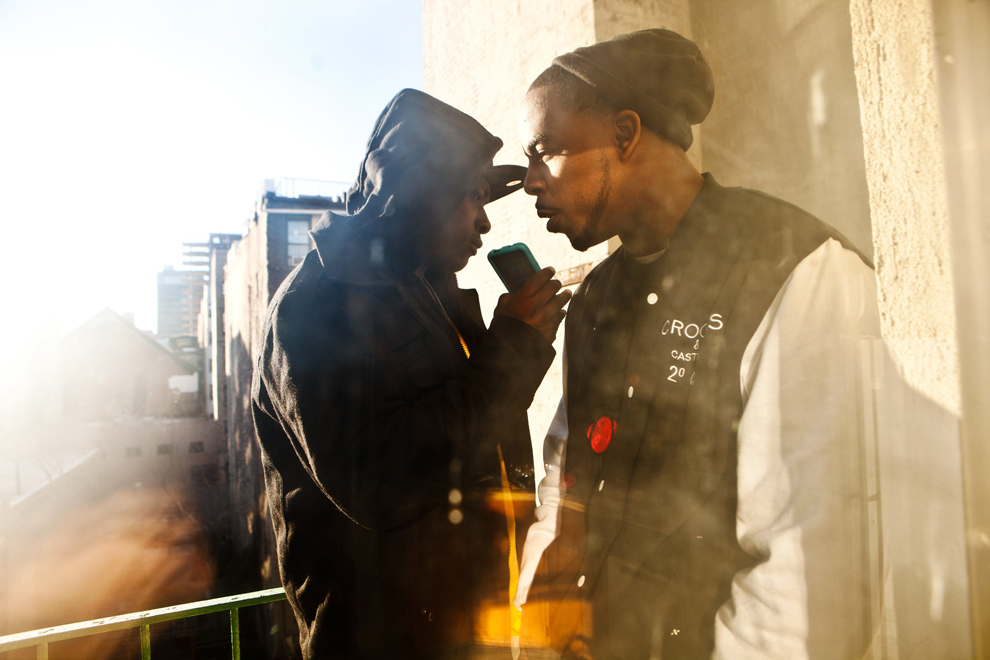 7
People Honorable Mention - FROM UP HERE: Stephen “ST 2 Lettaz” Harris, and David “Yung Clova” Williams make up the Huntsville rap duo G-Side. I took this photo of them on tour, conducting a cell phone interview with a journalist on a fire escape in Manhattan. The photo speaks to the “D.I.Y.” nature of the current independent music scene. Digital technology has played a big role in G-Side's business strategy, enabling them to use the Internet and viral word of mouth to build a diverse international fan base. G-Side released a track in 2011 called “Nat Geo.” Manhattan, NY, USA. (Photo and caption by Helen Pearson) # 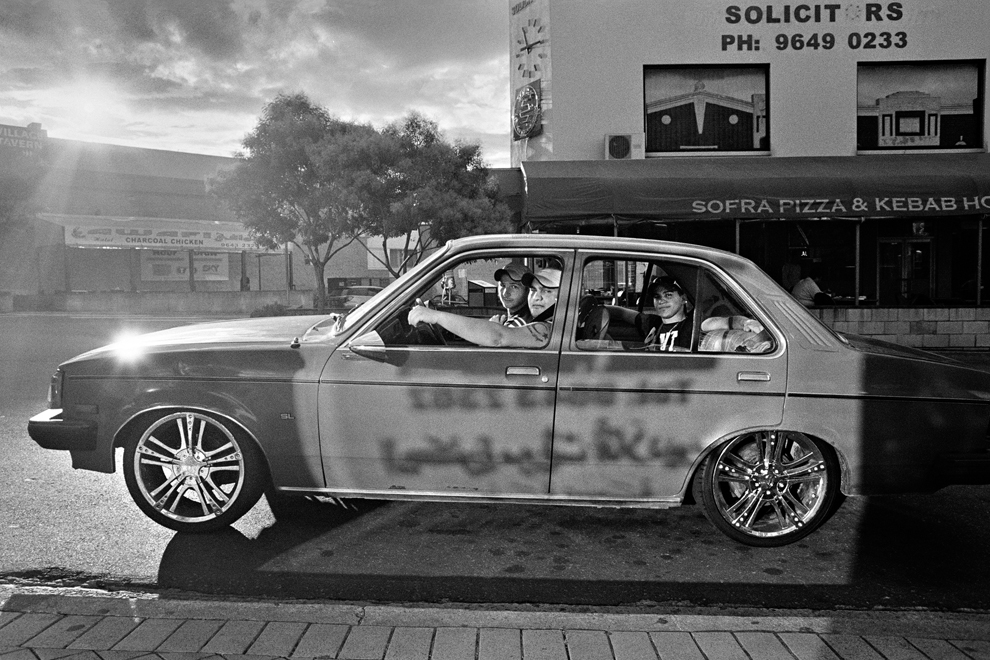 8
People Honorable Mention - AUBURN PRIDE: Young men driving into a patch of reflected light along Auburn Road. Part of a larger personal project documenting the western Sydney suburb of Auburn. The series provides a glimpse into the life of the next generation of Australians living in Auburn, peering behind the veil of this little-known side of society. Auburn is a small suburb in Sydney’s west, a landing point for many migrants and refugees when they first arrive in Australia. Sydney, Australia. (Photo and caption by George Voulgaropoulos) # 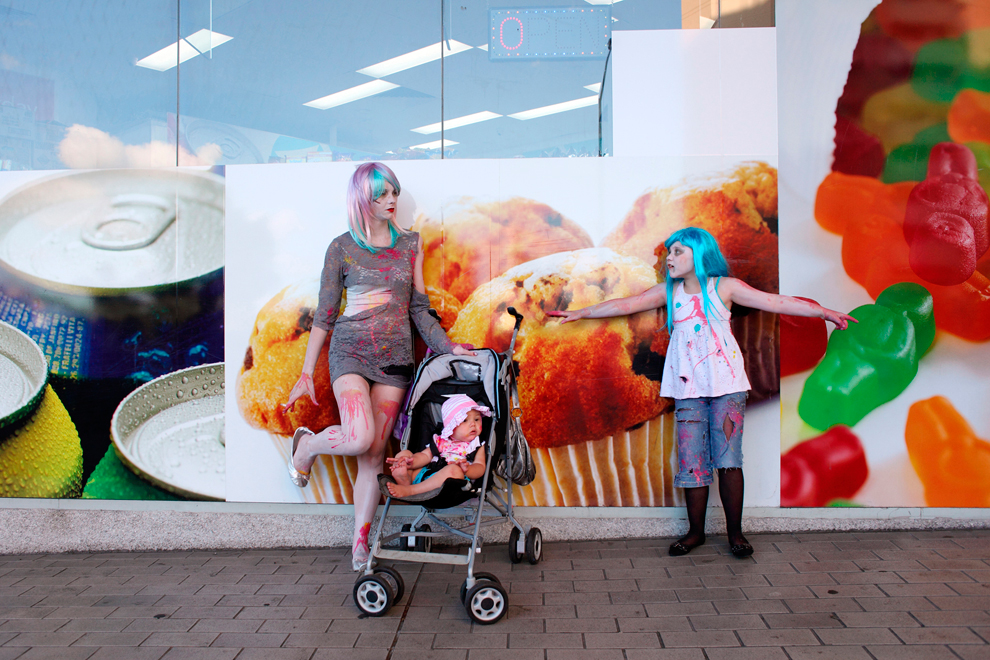 10
Places Winner - INTO THE GREEN ZONE: A beautiful rainbow after the rain, into the green zone of the Palawan Islands. Onuk island, Balabac Palawan, Philippines. (Photo and caption by George Tapan) # 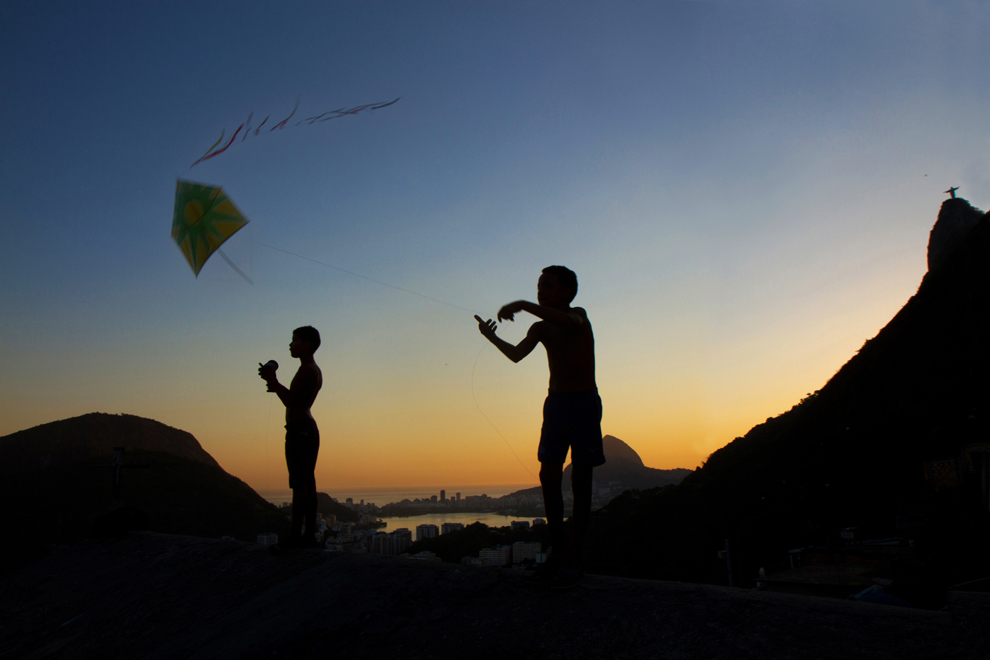 11
Places Honorable Mention - FLYING KITES: Kite battle at Santa Marta ghetto, Rio de Janeiro. For many years, the kites were used to alert the drug dealers when their enemies were coming. The place was a “war zone” controlled by traffickers that were in constant conflicts against each other to control the drug market. A few years ago, Santa Marta was occupied by the Pacifier Police Division, which released the population from the traffic domination. Santa Marta, Rio de Janeiro. (Photo and caption by Felipe Carvalho) # 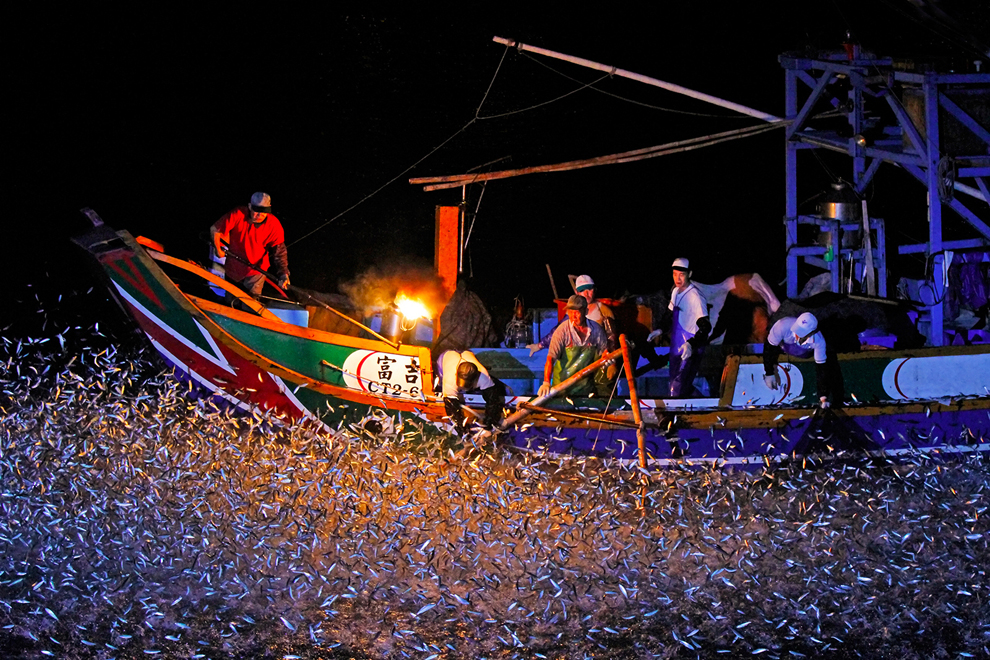 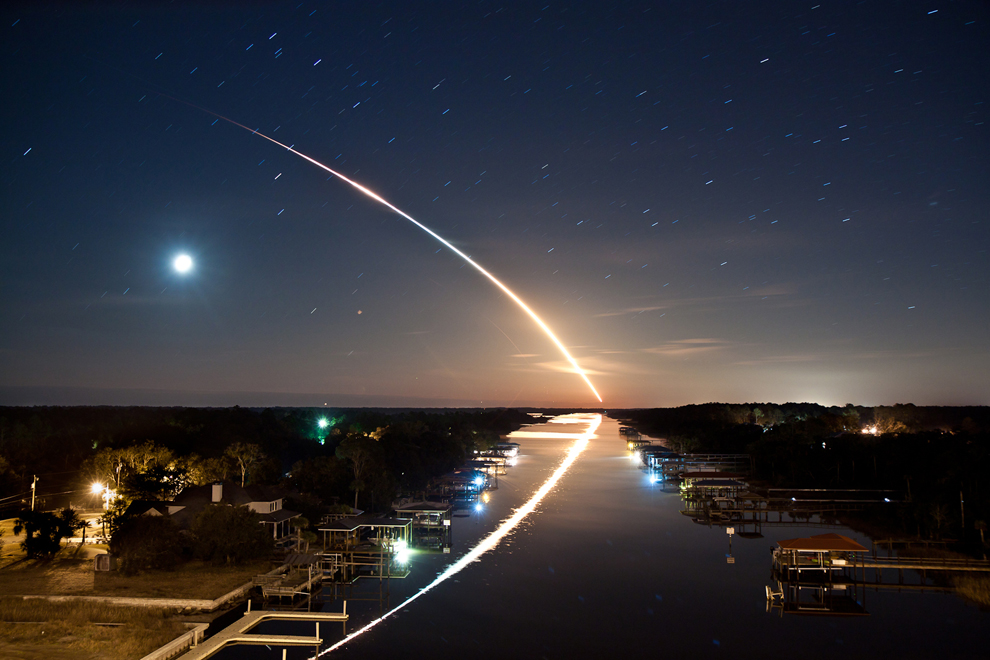 13
Places Honorable Mention - WATERWAY TO ORBIT: Space shuttle, Endeavour, launches into orbit toward the east, as the stars and waning crescent moon trail toward the west, leaving a beautiful reflection on the Intracoastal Waterway in Ponte Vedra, Florida. This 132-second time exposure of the final night launch of a space shuttle, from launch through SRB separation, was taken 115 miles north of Launch Pad 39A at Kennedy Space Center. Ponte Vedra, Florida. (Photo and caption by James Vernacotola) # 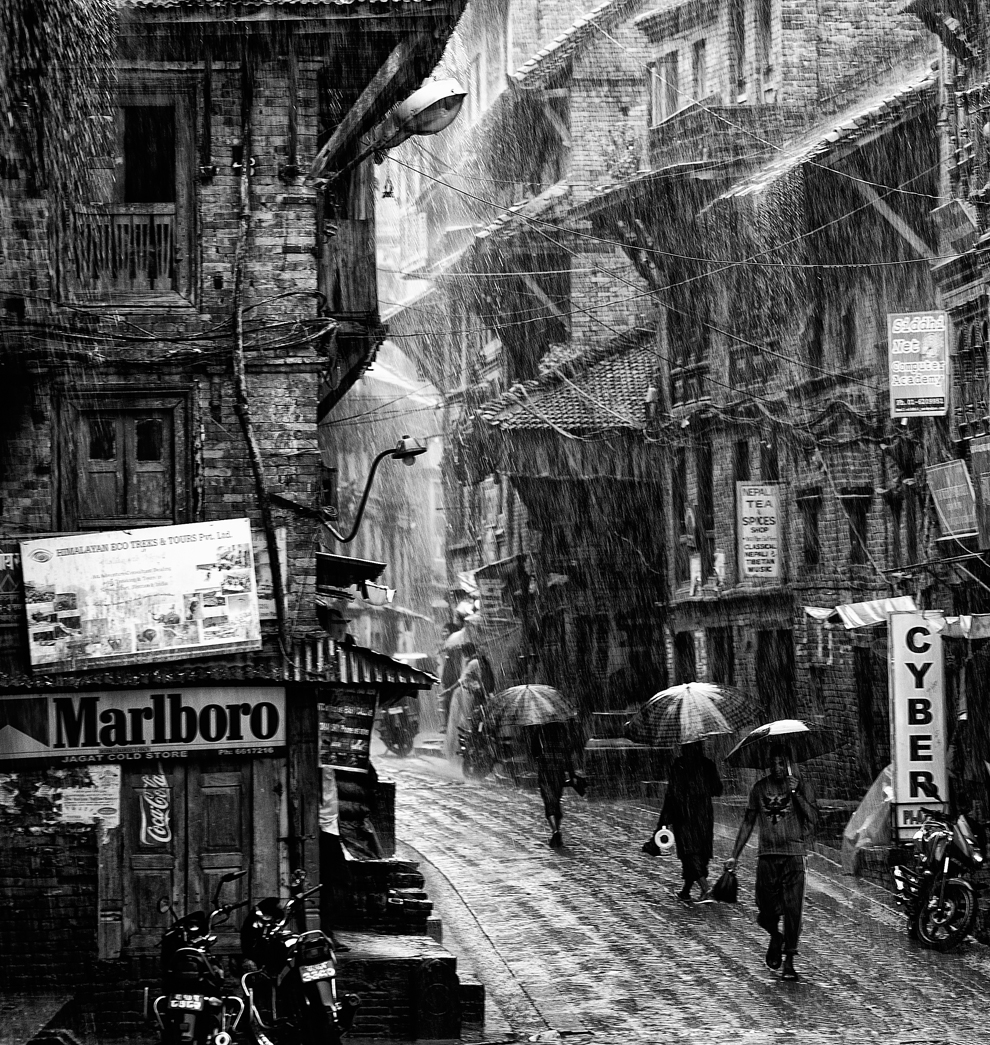 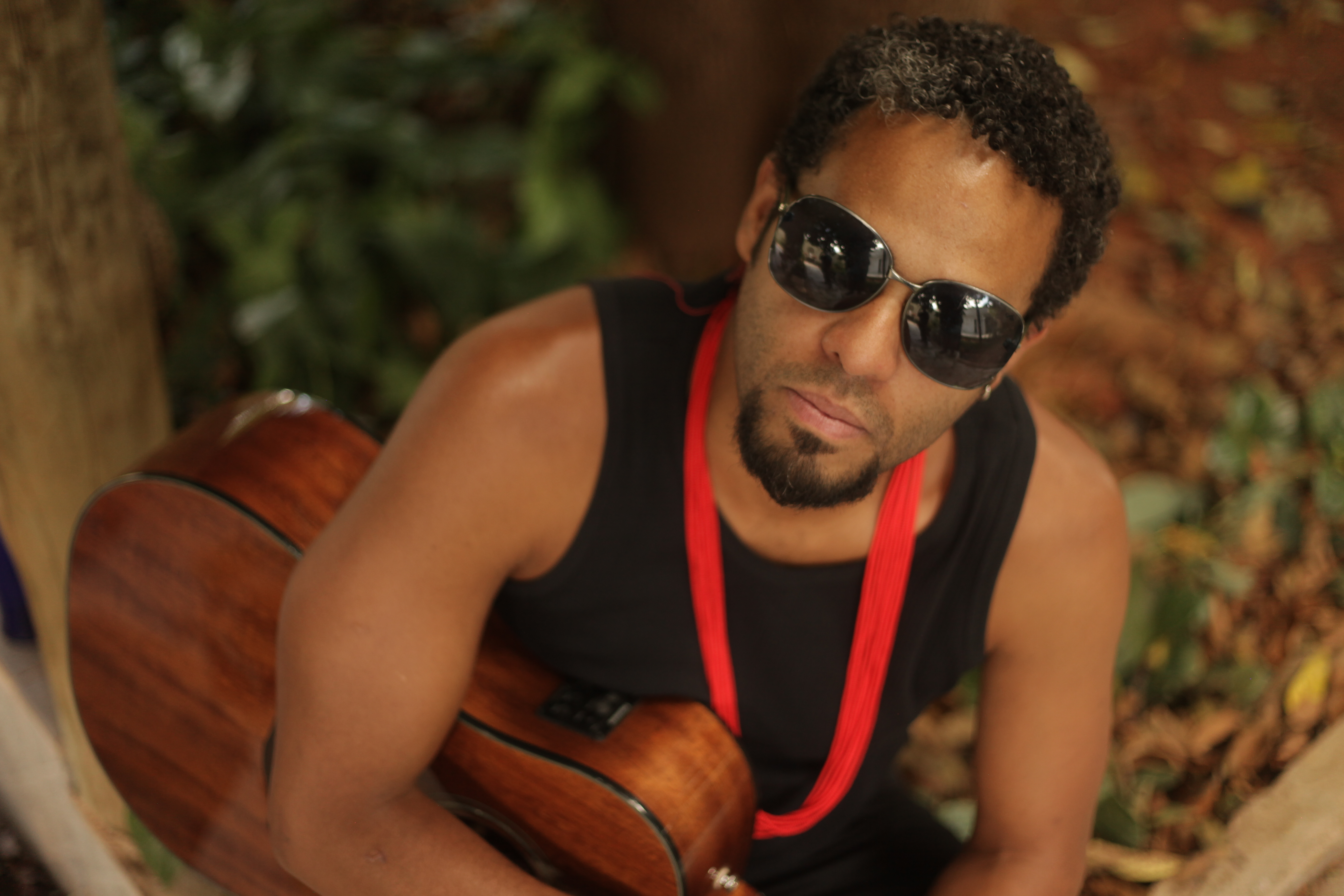 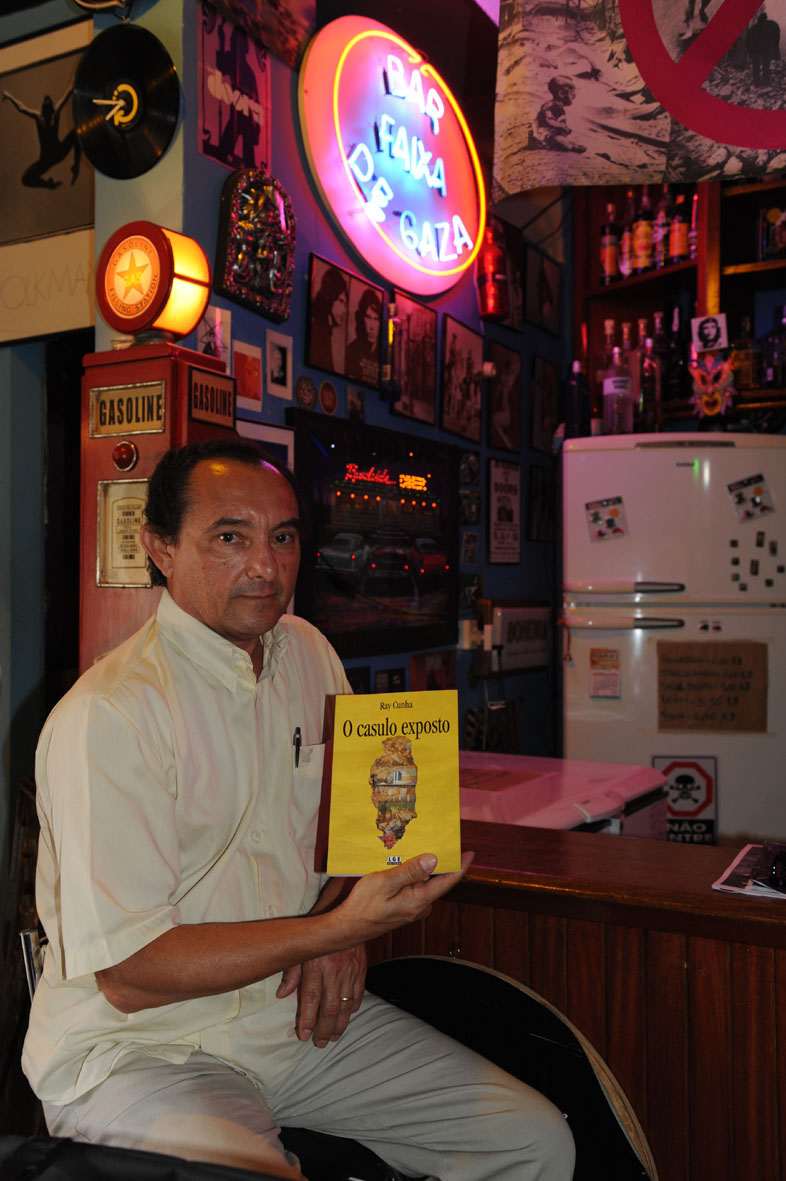